Boondock Tactical sends it’s deepest condolences, and shares in the sorrow of the passing of Doug Riney, son-in-law and brother-in law of four members of the Boondock Tactical family. Doug was serving in the U. S. Army in Afghanistan when he was killed by the enemy while on patrol on Wednesday. He was a member of the Fairview Fire Department prior to joining the Army. He leaves behind a wife and two small children.

We will be posting in the very near future information for donations for Doug’s wife and children. Please consider making a donation to help Doug’s family during their time of loss. 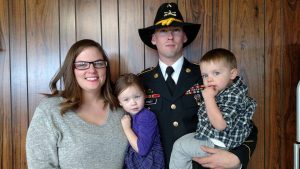